It’s been on my to read list for a while and I’ve just finished reading the original article that he starts the book with.

It immediately got me thinking about the types of people who support: 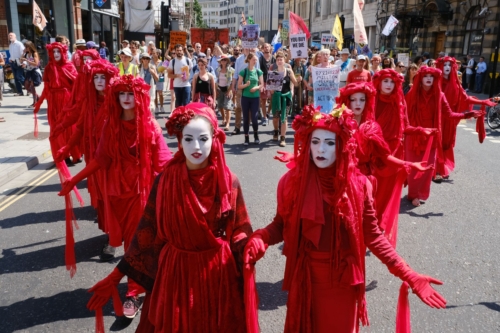 They don’t look like they have a lot to do in life, do they? Sat around like little children or wandering about in fancy dress. Maybe they have bullshit jobs (or no job at all). I suspect that people who have important jobs, who do work that actually matters to society, have no time or inclination to make a spectacle of themselves.

Extinction Rebellion idiot dragged off top of London Tube in 2019: 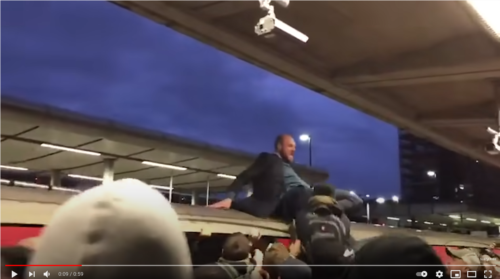 The man in the photo above had to be physically dragged off the top of a train by The Public as he and his comrades attempted to prevent normal people from going to where they needed to go. As reported by the BBC one of the commuters had this to say:

What does this activist do for a living? From Bristol Post

The man is believed to be James Mee, 35, an accounts administrator living in Bristol.

That pretty much sums the “protest” up. Normal people being held up by the ideologically possessed. Those with pointless jobs or no job. From the Daily Mail

James Mee, 35, (pictured) was part of a gang including a Buddhist teacher, a grandfather and a vicar who brought chaos to three stations east of the capital: Canning Town, Shadwell and Stratford

So people with nothing better to do. You may have noticed that we haven’t heard much from extinction rebellion since.

It probably never occurred to them, that normal, busy, people have no time for such disruption caused by their “activism.” 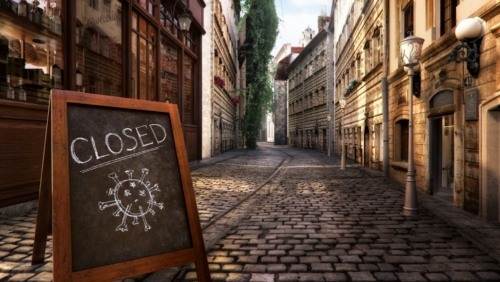 Yougov found in January 2021 that 85% of those surveyed supported the third lockdown.

I have to wonder what occupations those people have? Perhaps, the more pointless their job, the more likely to support destroying small, self sufficient businesses…

You can see from the results that the older people “strongly supported” lockdowns: 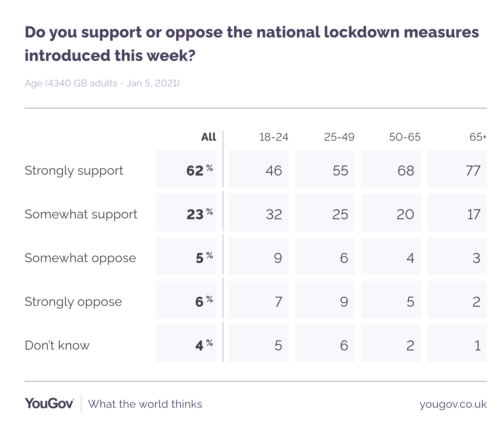 And with 11.5 million people receiving furlough pay in the UK in April 2021, you can be 100% sure that a lot of those jobs are bullshit jobs. And if you’ve got a bullshit job, you might as well just stay at home and get paid. 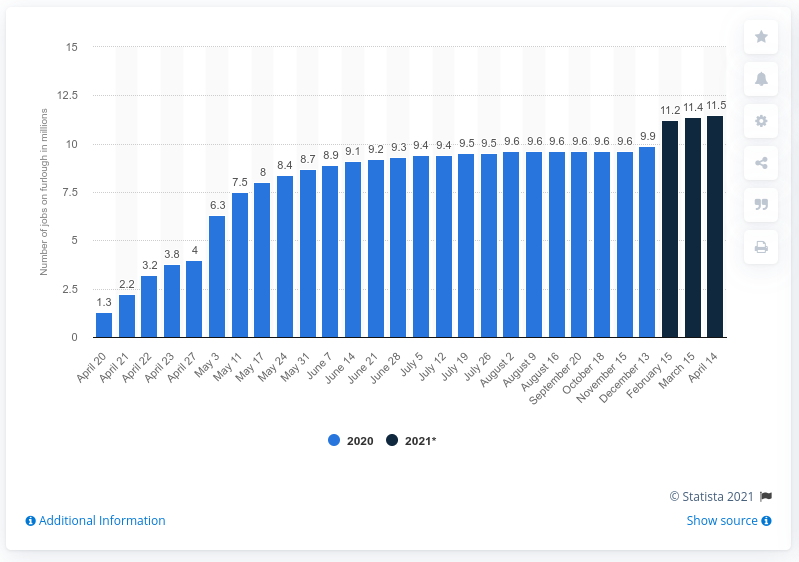 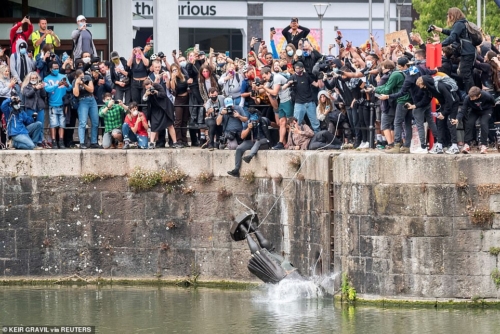 In the never ending culture wars, wokeness offers people with nothing serious or important to do in life, a chance to “make a difference.” That the difference will be positive is presupposed.

Trying to “fix the world” can seem sexier than getting a proper job. That’s why a lot of students identify as woke. They’re on a bullshit course, headed for a bullshit job.

And a lot of “educators” are of course also woke, as they’re often responsible for producing the next generation of bullshit “workers.”

If you want to understand the present moment, especially how similar Wokeness seems to Mao’s Cultural Revolution, you have to understand the Italian communist Antonio Gramsci. Gramsci wrote a series of essays and books while imprisoned by the Italian fascists in the 1920s and 1930s that are referred to as his Prison Notebooks. These are the birthplace of Cultural Marxism, which James Lindsay argues has evolved into “Identity Marxism” since. Once you understand Gramsci, you can easily understand what is going on with our society at present and understand more clearly than ever why it must be resisted.

Though he didn’t coin the term, the idea fellow communist Rudi Dutschke would name “the long march through the institutions” in 1967 is ultimately Gramsci’s roadmap to getting communism to take hold in the West. Gramsci identifies that the “cultural hegemony” of Western cultures prevented communism from having any chance of taking root, so he recommended a strategy that seeks to tear apart and capture major cultural institutions, including religion, family, education, media, and law. Mao understood this clearly and used it to devastating effect. The same thing is happening throughout the West today. Join James Lindsay as he explains the thought and relevance of Antonio Gramsci in today’s Woke movement, which he aptly brands “Leninism 4.0.”

Have you heard that language is violence and that science is sexist? Have you read that certain people shouldn’t practice yoga or cook Chinese food? Or been told that being obese is healthy, that there is no such thing as biological sex, or that only white people can be racist? Are you confused by these ideas, and do you wonder how they have managed so quickly to challenge the very logic of Western society? In this probing and intrepid volume, Helen Pluckrose and James Lindsay document the evolution of the dogma that informs these ideas, from its coarse origins in French postmodernism to its refinement within activist academic fields. Today this dogma is recognizable as much by its effects, such as cancel culture and social-media dogpiles, as by its tenets, which are all too often embraced as axiomatic in mainstream media: knowledge is a social construct; science and reason are tools of oppression; all human interactions are sites of oppressive power play; and language is dangerous. As Pluckrose and Lindsay warn, the unchecked proliferation of these anti-Enlightenment beliefs present a threat not only to liberal democracy but also to modernity itself. While acknowledging the need to challenge the complacency of those who think a just society has been fully achieved, Pluckrose and Lindsay break down how this often-radical activist scholarship does far more harm than good, not least to those marginalized communities it claims to champion. They also detail its alarmingly inconsistent and illiberal ethics. Only through a proper understanding of the evolution of these ideas, they conclude, can those who value science, reason, and consistently liberal ethics successfully challenge this harmful and authoritarian orthodoxy—in the academy, in culture, and beyond.

When people have bullshit jobs or are paid by Governments to sit at home doing nothing for months on end, they have more time to be indoctrinated with idiotic ideas, go to protests that normal people have no interest in and pretend that their lives now have a purpose. That they can make a difference.

I think their time could be better spent thinking about how they can improve their quality of life by doing a job that is productive and fulfilling.

I’ve had bullshit jobs, lots of them.

But I’m trying to move toward more meaningful work. One of them will hopefully be up and running in the next few weeks / months.