Last year I had a load of wood to dispose of. A perfect opportunity to build a Dakota Fire Hole (or Fire Pit)!

As this was my first attempt, I thought I’d make a small hole initially: 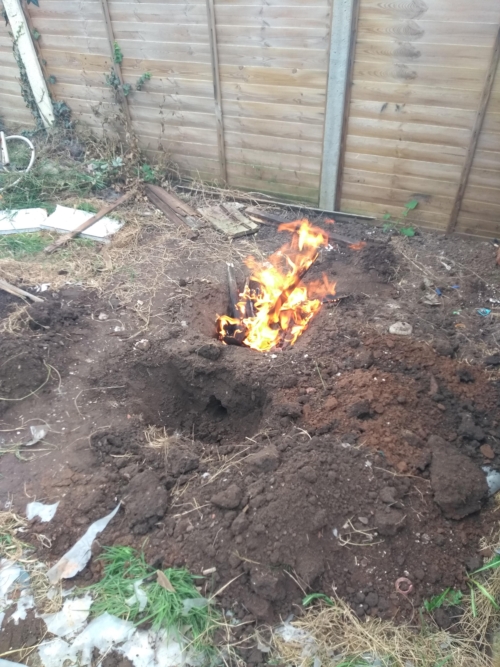 As you can see, I dug two holes. One for the fire, and the hole in the foreground to get air to the bottom of the first hole. In some of the videos I watched, they had a small angled hole instead of a big one like mine. However, I was more than happy with the intensity of the fire I made. 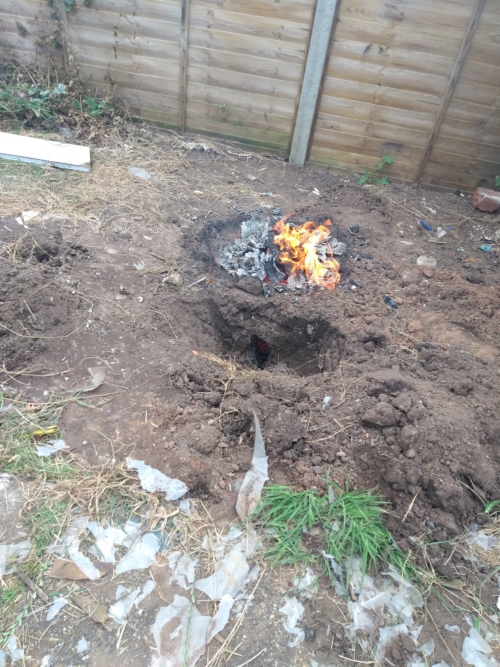 Basically, the air hole at the bottom sucks the air in and creates a very intense fire. You also have very little smoke produced which is why they’re sometimes called stealth fires.

The following day, I decided to make a bigger fire hole (about three or four times bigger): 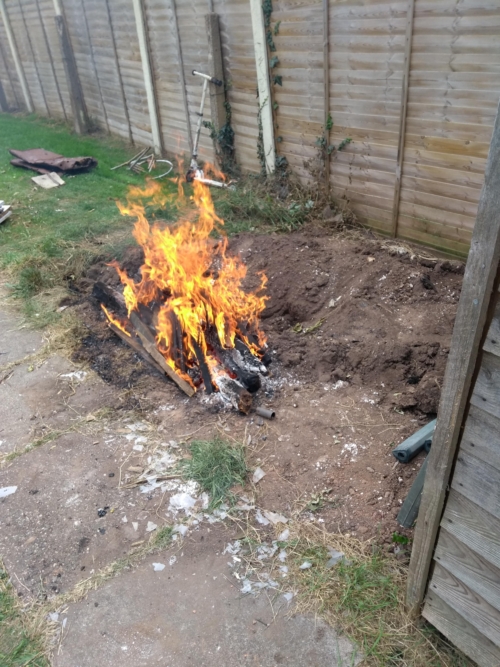 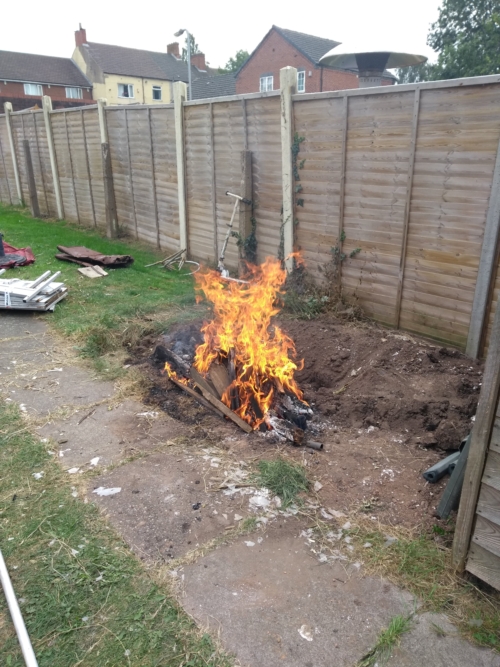 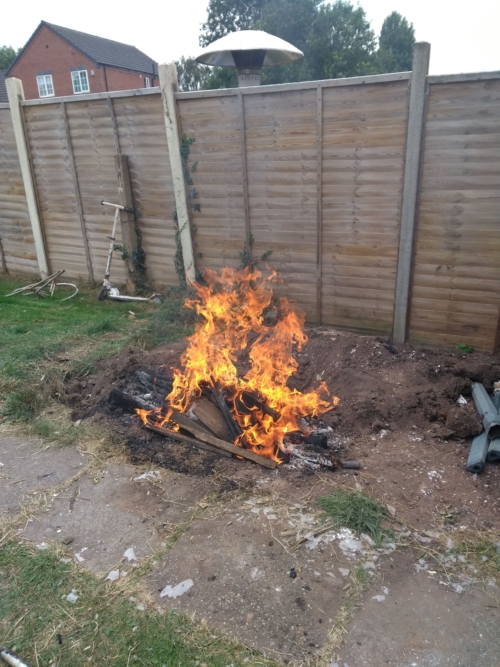 I reused the original fire hole to act as the air hole this time (near the fence). You should notice that in none of the photos is there any smoke.

As the ground where I dug these fire holes is very hard, I resorted to using a pole to smash between the fire hole and the air hole. I also made the air hole bigger for the second fire hole as obviously more air would be required.

Ideally, you want the air hole to be right at the bottom of the fire hole. It won’t matter if it’s a bit higher up but it wants to be in the lower third of the hole to give good air flow.